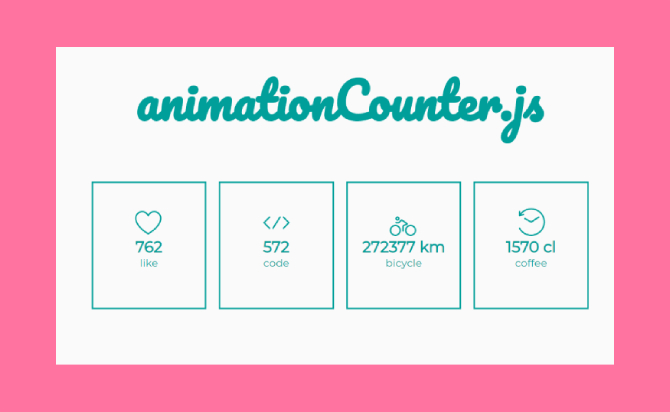 animationCounter.js is a jQuery plugin, animated from one value to another number or infinite value. A very small jQuery plugin allows you to counting or down counting values ​​in an animated manner, and with a step size of delay animation configuration.

How to use it:

We added JavaScript files “jquery.mim.js” and “animationCounter.js” into the existing code in the above code.

Create an element in which you want to display the animated counter.

We created a class demo within the document using the <span> tag.

Call the function animationCounter on the span element with start to end.

In the above code, They called the function of demo class with animation counter txt.
txt: it is a string type, and values in default will be declared within single quotations(‘ ‘)

Uses Of jQuery CounterAnimations: jquery animations mostly used for showing their Instagram post likes, No of clients they gave services, No of products they sold. This counter animation will be handy for the above people.

Mady Schaferhoff is an expert jQuery script at jQuerypost. He offers web development services to clients globally. He also loves sharing Html,CSS, jQuery knowledge through blog posts like this one.

A Flipbook View In jQuery...

Horizontal Scroll One Page In...